Graduates – why you need to prepare more for your job interview 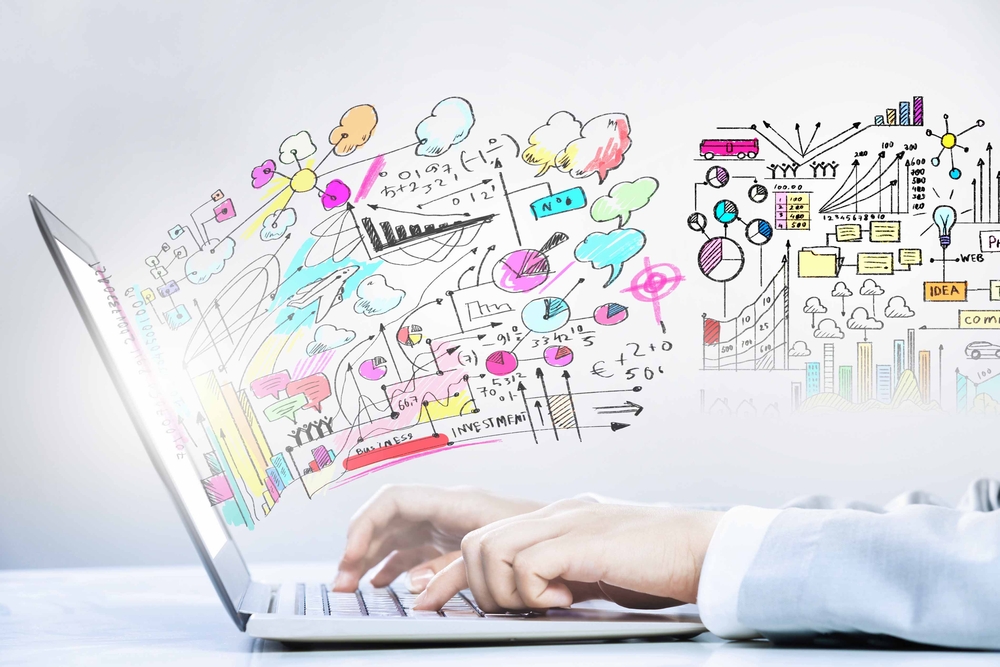 What’s the right amount of time for graduates to spend preparing for interviews?

The simple answer is: Enough to ensure that you nail it, of course.

Why is it then, that in all my years of interviewing graduates, so many of them have been so badly prepared? 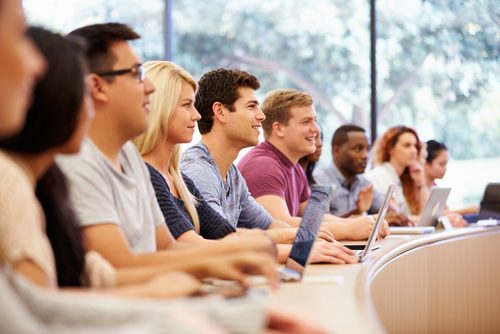 I recently had the pleasure of being a guest speaker on interview techniques to a group of smart and talented graduates and undergraduates from a Belgian business school. Most were interested in a career in finance, and were doing the right thing in coming to London to check out the market and opportunities, close-up.

I took the opportunity to do an impromptu survey: “How many hours did you spend preparing for your last interview?”.

We went round the group (35 or so students), and most answers were between 1-3 hours, with an average of two hours. One outlier was brave enough to admit to spending two days on her prep.

I was shocked that the average time taken to prepare was so low.

Those who only took one hour to prepare might as well have just “winged it”. I would have expected the average to be in double digits, with many dedicating substantially more time to getting their pitch, literally, pitch perfect. I could not have been more wrong.

“Wow”, I thought, “do students really spend this little time preparing for their interviews?”. Since my sample size from this group was too small to have any statistical relevence, I took to the internet to explore the issue further. Here’s a selection of what I found:

This survey (taken back in 2009) showed that a huge 64% of respondents (admittedly no detail on demographics) spent just 0-1 hours preparing, and only 9% spent longer than two hours.

This answer on Indeed.com’s forums reveals a lot of frustration with the whole idea of having to prepare, and a generally relaxed attitude to interview preparation.

On this Reddit career questions page, the answers were more mixed, with some indeed taking days and sometimes more than a week. One person did however leave this perplexing comment: “I feel like if you have to study for an inordinate amount you are either going to struggle at the job or the culture is broken and therefore not worth trying to join.”

So, if anything, the internet stories tended to confirm the impression from my small sample.

This lazy, over-confident approach to interviewing is utter lunacy!

Let’s take a typical example of graduate applying for a job after completing their first degree. They will typically be 20 or 21 years old. They will have been in formal education (primary school, secondary school, university) since the age of 5. That equates to 16 years or so of formal education (or what economists might call your investment in your own human capital).

School children and university undergraduates (in the UK at least) are studying around 6 hours a day, 5 days a week, for around 38 weeks a year.

That equates to over 1100 hours a year, for 16 years. A total of around 18,000 hours. This doesn’t of course capture any extra-curricular study.

By any standards, that is a huge investment in learning. Malcolm Gladwell, in his excellent book on success Outliers, talks about the 10,000 hours of practice necessary for someone to attain true mastery in a field. Our freshly minted graduate has ratcheted up almost double the time required for mastery by investing in his own learning, knowledge and intellect. 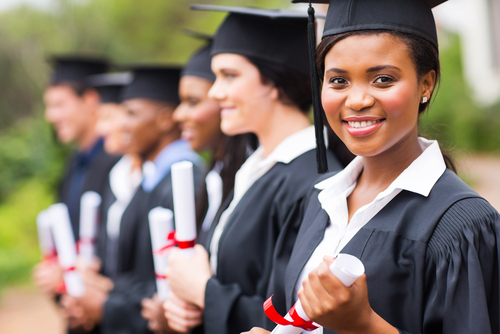 Think about the numbers again – it is an enormous amount of time!

Imagine trying to do that a second time around. The mere thought of spending another 18,000 hours studying would send all but the most hardened academics over the edge!

While much of your investment in your own education has been compulsory, don’t take the value of it for granted.

For all practical purposes, the point of an education is to enable you to go out into the world and earn an income, either for yourself as an entrepreneur or working in a company. And, for the vast majority of people who aren’t entrepreneurs, guess what stands between 18,000 hours of learning and a lucrative 30+ year career? That’s right, interviews! 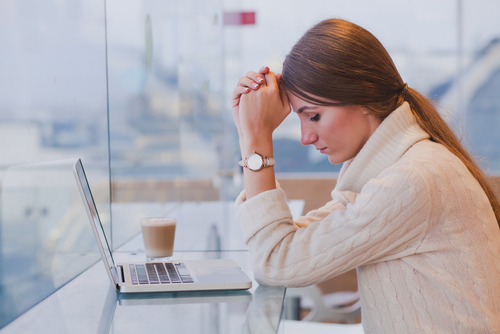 Bomb the interviews, no job. It’s as simple as that. Keep bombing interviews, and that’s 18,000 hours of human capital accumulation that’s heading for the scrap heap. Or a job in Starbucks. Sorry to paint a blunt picture, but this is the reality.

In a way, the 18,000 hours you have invested in yourself are (to use economists’ parlance) a “sunk cost”. You can’t get those hours back. So when you are standing in that No Man’s Land between education and employment, the only calculation to make should be “how many hours am I prepared to commit to interview prep to unlock a career where I may be able to earn, literally, millions over the next 30 years?”.

In this context, does it make sense to only invest 1-2 hours of your time to capture the value of 18,000 hours of education? Does that seem like a sensible balance? Of course it doesn’t!

With so much at stake, it now seems crazy to wing it, right?!

The more I think about this paradox between logic and reality, the more I’m convinced that students are just not sufficiently aware of how difficult it is to perform brilliantly at an interview. It could be over-confidence in skills – after all in your final year at university you do start to feel like you are king of the castle. Or it could be a false sense of security and lack of awareness on behalf of careers advisers/officers. Maybe they are simply not sending the right messages to their students.

Ok, so by now you are hopefully coming round to the idea that you need to take your interview preparation MUCH more seriously. It is worth remembering the following:

What does this mean exactly?

Well, I’ve made hiring mistakes in the past when I’ve been very impressed by a highly polished candidate, only to discover that they didn’t have what it takes when they arrived at the coal face. Meanwhile, the best candidate slipped through the net – bad for me, of course, but possibly a tragedy for the best candidate, who may struggle to get a break for years. This happens all the time.

This risk of these hiring errors is higher for graduates and junior roles, of course, because the candidates have little or no track record in previous roles. Instead, hiring managers are relying on a judgement that the skills and qualities they see in front of them will translate well into the business. Sometimes they do, sometimes they don’t.

So what’s the answer? 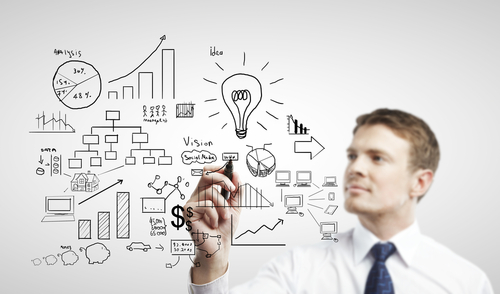 Without doubt, you need to make sure that you are the best prepared candidate out of all of those going for the job.

If you also happen to be the best candidate for the job, as well as the best prepared, then you are in job heaven and the hiring manager will be sure to hire you. Even if you are merely a strong candidate, and you prepared brilliantly, you should be home and dry.

On the other hand, if you are a strong candidate, but only prepared poorly, well now you are in the lap of the gods. You are relying on your interviewer to look past your weak performance on the day and place a large amount of trust in your academic credentials, or references, for example. It’s a riskier outcome for you, so why take the risk?

To sum up, why risk squandering 18,000 hours of learning and effort for the sake of a few extra hours of high quality interview preparation? You owe it to yourself to make every possible effort to deliver a great interview performance!

For the ultimate in interview preparation, contact me to discuss the option of Private Coaching

Thanks for signing up - be in touch soon!

Did you find this article useful?

Thanks - you have successfully subscribed!